As one of his biggest supporters during the presidential election campaign, Michael Savage vowed to hold Donald Trump’s feet to the fire should he win, ensuring that the real-estate billionaire fulfills his promise to reform Washington.

Less than a week after Trump’s victory, the nationally syndicated talk-radio host is keeping his word, criticizing the appointment of Republican National Committee Chairman Reince Priebus as White House chief of staff.

“We’ve gone from RINOs to Rinso in one election,” Savage told WND, dubbing Priebus with the name of the iconic laundry soap. END_OF_DOCUMENT_TOKEN_TO_BE_REPLACED

Steve Peoples, Jill Colvin & Ken Thomas AP Sequestered in his Manhattan high-rise, President-elect Donald Trump is preparing to fill key foreign policy posts. Former New York Mayor Rudy Giuliani has emerged as the favorite to serve as secretary of state, a senior Trump official said. Although Giuliani has little foreign policy experience, the official said there was no real competition for the job as … END_OF_DOCUMENT_TOKEN_TO_BE_REPLACED 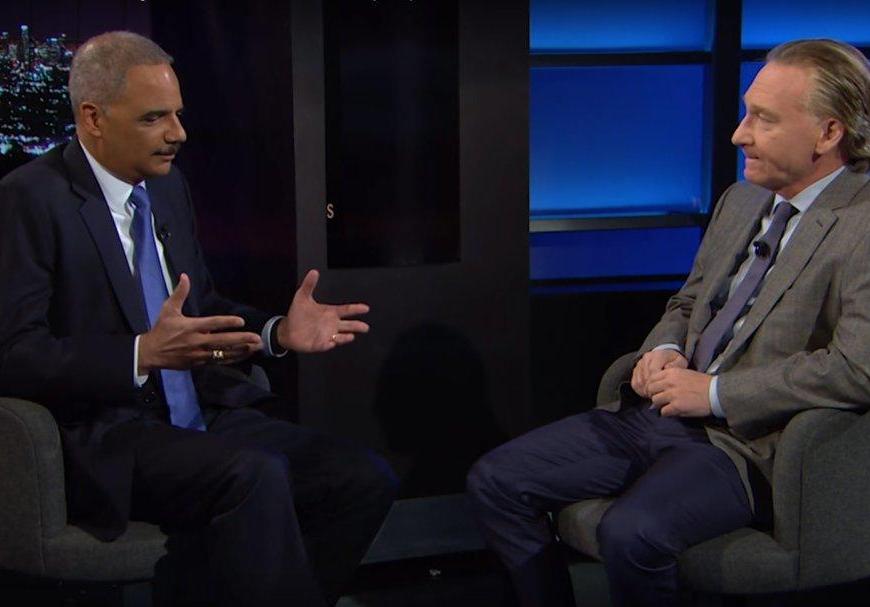 Maher began his interview noting that Hillary Clinton’s Election Day loss to Donald Trump — despite her winning the popular vote — is the second time in 16 years Democrats have been shut out of the White House despite gaining more votes. END_OF_DOCUMENT_TOKEN_TO_BE_REPLACED

Maher began his interview noting that Hillary Clinton’s Election Day loss to Donald Trump — despite her winning the popular vote — is the second time in 16 years Democrats have been shut out of the White House despite gaining more votes. END_OF_DOCUMENT_TOKEN_TO_BE_REPLACED

TechDirt Yesterday I wrote that people rushing to blame Facebook for the election results were being ridiculous, and it generated a fair bit of discussion (much of it on Twitter). And this was before NYMag‘s Max Read went out and wrote an article literally titled Donald Trump Won Because of Facebook. Here’s the crux of Max’s argument, which is similar to the argument many others … END_OF_DOCUMENT_TOKEN_TO_BE_REPLACED

END_OF_DOCUMENT_TOKEN_TO_BE_REPLACED

It’s impossible to say what a Donald Trump presidency will entail, but if the stock market is any indication, investing in private prisons will be great again. Pharmaceuticals and defense stocks also both saw an increase.

Investors are adapting their choices after Trump was declared the winner of the US presidential election. Corrections Corp.’s stock surged 60 percent before paring to 34 percent Wednesday morning, Bloomberg reported. GEO Group, another private detention facility firm, saw their stocks rise by 18 percent.

The Departments of Justice (DOJ) and Homeland Security (DHS) had both announced plans to move away from the private prison system. The DOJ cited safety concerns in an August press release that explained their plans to transition away from private prisons, while DHS announced they would review use of correctional facilities for detained undocumented immigrants.

However, analysts believe Trump’s presidency could halt efforts to phase the use of private contractors for federal corrections facilities.

“Private prisons would likely be a clear winner under Trump, as his administration will likely rescind the DOJ’s contract phase-out and ICE capacity to house detainees will come under further stress” analysts at Height Securities LLC told Bloomberg.

EpiPen manufacturer Mylan also had a good Tuesday night. After months of negative press for the price hike on their medication, along with investigations for possibly defrauding Medicaid, Mylan’s stock prices had been low prior to Trump’s election. On Wednesday, they opened with an 8 percent increase in Tel Aviv.

Defense and arms suppliers are also having a good day following the presidential election. UK arms supplier BAE Systems and defense-electronics firm Thales increased by 3 percent, the Wall Street Journal reported. Trump’s plans for increased military spending could play into the increase, along with Trump’s skepticism towards the North Atlantic Treaty Organization (NATO).

In a surprising turn of events, gun stocks suffered from the Republican election. Smith & Wesson shares fell 16 percent, while Sturm Ruger saw their latest drop since February 2014, according to Business Insider. The plunge in weapons stocks could be related to Trump’s support for the Second Amendment.

During the election, Sturm Ruger saw the demand for guns increase while Clinton was campaigning on expanding gun control laws. However, Trump’s opposition to increasing gun control could signal the end of increased demands for guns if there is a decrease in concerns over having them taken away.

END_OF_DOCUMENT_TOKEN_TO_BE_REPLACED

Washington Post //www.washingtonpost.com/video/c/embed-live/58248d5fe4b02f032bf4a768 President-elect Donald Trump has arrived at the White House for his first meeting with President Obama since the election, beginning a whirlwind transition over the next 10 weeks until Trump is sworn in Jan. 20. Trump entered the White House through the South Lawn entrance, avoiding news cameras and the eyes of the president’s staff. Just after 11 a.m. a Marine guard … END_OF_DOCUMENT_TOKEN_TO_BE_REPLACED

The American political establishment reeled on Wednesday as leaders in both parties began coming to grips with four years of President Donald J. Trump in the White House, a once-unimaginable scenario that has now plunged the United States and its allies and adversaries into a period of deep uncertainty about the policies and impact of his administration. Democrats, who will be out of power in … END_OF_DOCUMENT_TOKEN_TO_BE_REPLACED

The Los Angeles Times One person was killed and at least three others were wounded Tuesday in an active shooting near a polling place in Azusa. Authorities said police were dealing with at least one female suspect who was heavily armed. But “This is an active situation,” said Azusa Police Chief Steve Hunt, adding it’s too early to determine whether the violence was in any way … END_OF_DOCUMENT_TOKEN_TO_BE_REPLACED