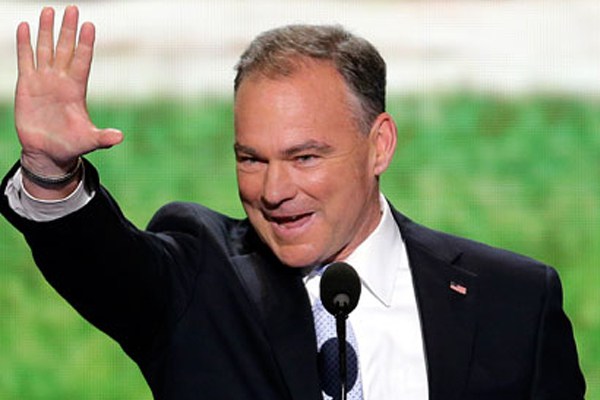 Vincent Woods London Express The US is still reeling from the effects of Hurricane Harvey, which has killed at least 45 people and caused flooding and destruction across Texas. Now with the Atlantic hurricane season continuing, one projection has claimed there is a risk Hurricane Irma could make landfall in the US on September 10, causing devastation to the city as the storm continues to … END_OF_DOCUMENT_TOKEN_TO_BE_REPLACED

The Los Angeles Times One person was killed and at least three others were wounded Tuesday in an active shooting near a polling place in Azusa. Authorities said police were dealing with at least one female suspect who was heavily armed. But “This is an active situation,” said Azusa Police Chief Steve Hunt, adding it’s too early to determine whether the violence was in any way … END_OF_DOCUMENT_TOKEN_TO_BE_REPLACED

NPR Concerns about the possible hacking of voting systems on Election Day are growing. 46 states have asked the U.S. Department of Homeland Security to help make sure their systems are protected from disruptions on Tuesday. And some states, like Ohio, are taking steps on their own. Ohio Secretary of State Jon Husted, a Republican, says his state worked with “all available public and private … END_OF_DOCUMENT_TOKEN_TO_BE_REPLACED

NEW YORK — CBS News has learned about a potential terror threat for the day before the election.

It is believed New York, Texas and Virginia are all possible targets, though no specific locations are mentioned. A U.S. law enforcement source briefed on the threat information told CBS News’ Milton that the threat is possibly legitimate and concerning. The source said the threat may be aspirational and hence the lack of specificity. The source said there has been pressure on al Qaeda and its affiliates AQAP and AQIS (al Qaeda in the Indian Subcontinent) to regain relevance with its mission.  END_OF_DOCUMENT_TOKEN_TO_BE_REPLACED

Marc Slavo SHTFPlan If the election fraud narrative, cyberattack and rigged voting machines haven’t yet thoroughly confused the American voting public, maybe the latest report from Reuters will do the job. According to Reuters, U.S. voting authorities are now warning that while the Russians may not actually hack the Presidential election, they may fake hacking the Presidential election. What they’re saying without actually saying it … END_OF_DOCUMENT_TOKEN_TO_BE_REPLACED

Dave Hodges The Common Sense Show The hacking of American corporate websites (e.g. Netflix, Amazon, et al), is being sold to the American public as the work of Russian hackers working with the knowledge, support and permission of Putin. Absolutely nothing could be further from the truth. I began to acquire the REAL story about the hacking on Friday evening, October 21, from three separate … END_OF_DOCUMENT_TOKEN_TO_BE_REPLACED

David E. Sanger and Nicole PerlrothThe New York Times Image: Dyn DNS, a company that essentially acts as a giant internet switchboard, was bombarded with messages that overloaded its circuits. Credit Nathaniel Brooks for The New York Times WASHINGTON — When surveillance cameras began popping up in the 1970s and ’80s, they were welcomed as a crime-fighting tool, then as a way to monitor traffic … END_OF_DOCUMENT_TOKEN_TO_BE_REPLACED

Libby PlummerThe Daily Mail Libby PlummerThe Daily Mail A massive co-ordinated series of cyber attacks has forced hundreds of major websites from Amazon to Twitter offline.  Internet service company Dyn, which controls the ‘address book’ of the internet for dozens of major companies, said that it had suffered its first denial of service (DDoS) attack shortly after 6AM ET (11AM BST), in an attack that mostly … END_OF_DOCUMENT_TOKEN_TO_BE_REPLACED

In 2012, the FBI conducted a secret survey to determine the driving factors behind acts of homegrown terrorism. The results, recently viewed by the Intercept, reveal why extremists appear to hate the United States and the West so much they will kill innocent people to express it.

Hint: it’s not because we’re free.

Jon Lockett The Sun THOUSANDS of ISIS fighters are to be given safe passage out of Iraq to fight in Syria, Russian military leaders claim. The jihadi army – and their families – will allegedly be let back in to Syria to battle president Bashar al-Assad and his Russian allies. The outrageous claims comes as Britain and the US face criticism for failing to stop Assad’s brutal bombing of civilians … END_OF_DOCUMENT_TOKEN_TO_BE_REPLACED