When an investment asset has potential to deliver returns for 100 years, the competition to be the sole owner can be intense. Such is the case with mining rights to the Simandou iron ore deposit in the West African nation of Guinea, where George Soros is involved in one of several lawsuits over the past few years. The dispute is aggressive, with Soros being called out as anti-Israeli in the suit, which dredges up well-worn charges the former hedge fund managers engages in a global conspiracy to manipulate numerous governments. The feud with Israeli mining magnate Beny Steinmetz dates back to 1998 and involves charges of manipulation and bribery.

END_OF_DOCUMENT_TOKEN_TO_BE_REPLACED 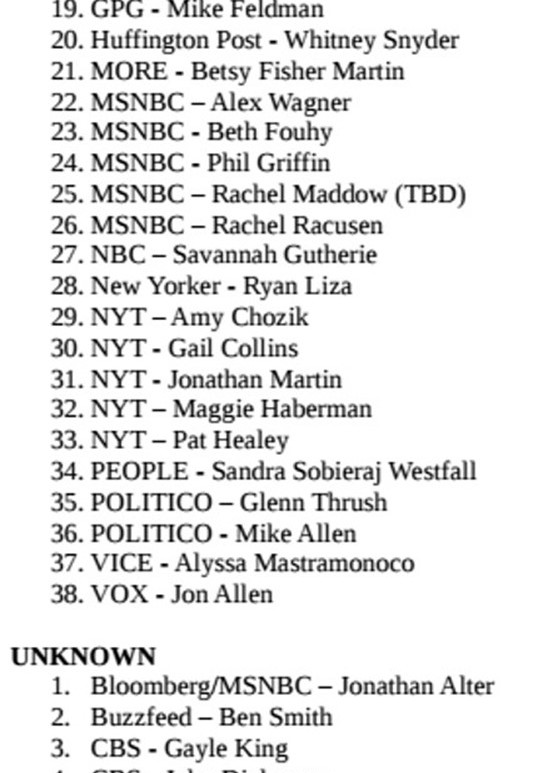 The English-language Central European University (CEU), set up in 1991 after the fall of communism, has long been seen as a hostile bastion of liberalism by Prime Minister Viktor Orban‘s government. END_OF_DOCUMENT_TOKEN_TO_BE_REPLACED

Documents recently dredged from the CIA’s massive database expose an effort by the former director to destroy documents evincing the agency’s illegal activities and operations.

That director — George H.W. Bush, who served in the role from January 1976 until January 1977 — went on to become the 41st President of the United States.

END_OF_DOCUMENT_TOKEN_TO_BE_REPLACED

From the Archive: David Rockefeller’s death at age 101 brought effusive eulogies, but no recollection of his mysterious role in the Iran hostage crisis of 1980, which helped sink President Carter’s reelection, writes Robert Parry.

On March 23, 1979, late on a Friday afternoon, Chase Manhattan Bank Chairman David Rockefeller and his longtime aide Joseph Verner Reed arrived at a town house in the exclusive Beekham Place neighborhood on New York’s East Side. They were met inside by a small, intense and deeply worried woman who had seen her life turned upside down in the last two months.

Iran’s Princess Ashraf, the strong-willed twin sister of the Iran’s long-time ruler, had gone from wielding immense behind-the-scenes clout in the ancient nation of Persia to living in exile – albeit a luxurious one. With hostile Islamic fundamentalists running her homeland, Ashraf also was troubled by the plight of her ailing brother, the ousted Shah of Iran, who had fled into exile, first to Egypt and then Morocco.

Now, she was turning for help to the man who ran one of the leading U.S. banks, one which had made a fortune serving as the Shah’s banker for a quarter century and handling billions of dollars in Iran’s assets. Ashraf’s message was straightforward. She wanted Rockefeller to intercede with Jimmy Carter and ask the President to relent on his decision against granting the Shah refuge in the United States.

A distressed Ashraf said her brother had been given a one-week deadline to leave his current place of refuge, Morocco. “My brother has nowhere to go,” Ashraf pleaded, “and no one else to turn to.” [See David Rockefeller, Memoirs] END_OF_DOCUMENT_TOKEN_TO_BE_REPLACED

Aaron Kesel
We Are Change

With New World Order kingpin David Rockefeller dead, here’s a look at the top 5 reasons why he was one of the most despised people on Earth and won’t be missed.

David Rockefeller was a huge part of virtually every secret society of ultra rich on the planet. He was not just a member of the Council Of Foreign Relations, the Trilateral Commission, and the Bilderberg Group – he was reportedly the founder. Through these secret societies and others like the occult Bohemian Grove club, Rockefeller conspired to control the media and governanments around the world to establish his goal towards a one world government, even once thanking the media for it’s complicity.

“We are grateful to the Washington Post, the New York Times, Time Magazine and other great publications whose directors have attended our meetings and respected their promises of discretion for almost forty years.” He went on to explain: “It would have been impossible for us to develop our plan for the world if we had been subjected to the lights of publicity during those years. But, the world is more sophisticated and prepared to march towards a world government. The supranational sovereignty of an intellectual elite and world bankers is surely preferable to the national auto-determination practiced in past centuries,” David Rockefeller, said speaking at the June, 1991 Bilderberger meeting in Baden, Germany.

Rockefeller is no stranger to the agenda of population control. In a speech in September 14, 1994, during the Annual Ambassadors’ Dinner he discussed how the U.N. should sustain the world’s population, noting that improved public health has caused global life expectancy to rise from 46 years in the 1960s, to 60 years at the time. ‘Stabilizing the population’ – as Rockefeller called it – actually meant sterilization, vaccinations, encouraging abortions, using food as a weapon, and viewing disease and war as a means of “correction” to stop population growth.

3. Rockefeller Foundation was behind unethical experiments on the population

Following up from Rockefeller’s own speech, we have the fact that the Rockefeller Institute was allegedly behind unethical experiments on the population. A few include infecting Guatemalans with STDs, sponsoring a plot by Dr. Cornelius P. Rhoads to infect Puerto Ricans with cancer, an allegation which Rhoads strongly denied and dismissed as a joke.

David Rockefeller joined the Rockefeller Institute board of trustees in 1940, was its chairman from 1950 to 1975, chaired the board’s executive committee from 1975 to 1995, and became honorary chairman and life trustee. END_OF_DOCUMENT_TOKEN_TO_BE_REPLACED

A growing number of the world’s super rich are preparing for the apocalypse by purchasing ‘doomsday bunkers’.

But don’t expect the one per cent to slum it out in drab, concrete dwellings as they survive the end of the world – these bunkers feature some of the most lavish layouts imaginable that are designed for the more modern survivalist.

John Vibes The Free Thought Project Chicago, IL — A suspect who was awaiting judgment in a terrorism case has been deemed unfit to stand trial because he believes that the court is controlled by the “Illuminati.” Adel Daoud was accused of attempting to plant a bomb in downtown Chicago in 2012 when he was 17 years old. However, the plot was not conceived by … END_OF_DOCUMENT_TOKEN_TO_BE_REPLACED

Zachary K. Hubbard Free to Find Truth Notice how the name of the suspect connects with New York perfectly. His name the small way also connects to ‘Empire’, for ‘Empire State’, NYC. Remember, if you sum 1-11, it totals 66. New York is the 11th State. 1+2+3+4+5+6+7+8+9+10+11 = 66 As for today’s headlines, they connect back to ‘chaos’. Again, the Freemasons work with the philosophy … END_OF_DOCUMENT_TOKEN_TO_BE_REPLACED

Image: Bernard Gagnon Michael Snyder End of the American Dream Do you remember all of the buzz about the arch from the Temple of Baal that was supposed to go up in Times Square back in April? Well, that project was ultimately canceled, but now it has been resurrected in a new form. In April a reproduction of a different arch, the Arch of Triumph, … END_OF_DOCUMENT_TOKEN_TO_BE_REPLACED

Ben Kentish The Independent The Independent Police Complaints Commission is investigating the involvement of the Freemasons in the Hillsborough disaster and subsequent cover-up, it has revealed. The watchdog is examining whether senior police officers’ membership of the secret society had a bearing on the events that led to 96 people losing their lives at Hillsborough stadium in Sheffield, during a football match between Liverpool and Nottingham … END_OF_DOCUMENT_TOKEN_TO_BE_REPLACED