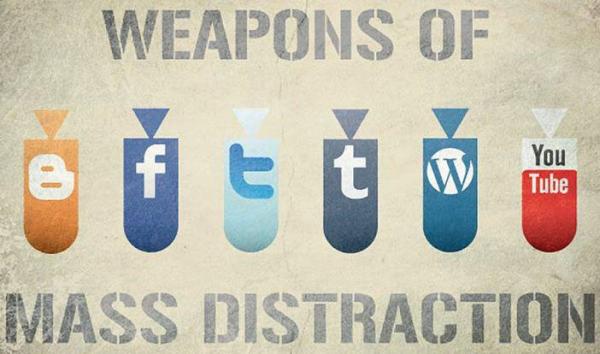 They are not known as ‘weapons of mass distraction’ for nothing… Tyler Durden ZeroHedge In the 24 hours since FBI Director Comey dropped perhaps the biggest bombshell of the entire Presidential campaign, sending Democrats (and media) scrambling headless-chicken-like for answers (and blame-scaping), does anyone else find it odd that ‘FBI Emails’ does not appear to be a hot topic, trending, big deal on any social … END_OF_DOCUMENT_TOKEN_TO_BE_REPLACED

(Bloomberg)—Facebook Inc.’s software knows your face almost as well as your mother does. And like mom, it isn’t asking your permission to do what it wants with old photos. While millions of internet users embrace the tagging of family and friends in photos, others worried there’s something devious afoot are trying to block Facebook as well as Google from amassing such data. As advances in … END_OF_DOCUMENT_TOKEN_TO_BE_REPLACED

Blacklisted News | March 1, 2016 – News has been making rounds across the internet that the FBI in collusion with the National Science Foundation has sunk nearly one million dollars into a program at the University of Indiana developed with the goal of: “The project is aimed at modeling the diffusion of information online and empirically discriminating among models of mechanisms driving the spread … END_OF_DOCUMENT_TOKEN_TO_BE_REPLACED

Source – Infowars Encourage citizens to report terrorist websites and social media messages The Department of Homeland Security wants  $1 million of taxpayer money to initiate a citizen surveillance program online. The PSA “will look to raise public and private sector awareness of cybersecurity and to emphasize the importance of cyber awareness and information safekeeping,” an FY 2017 congressional budget documentproduced by the Department of … END_OF_DOCUMENT_TOKEN_TO_BE_REPLACED

Users of Google who put extremist-related entries into the search engine are to be shown anti-radicalisation links under a pilot programme, MPs have been told by an executive for the company. The initiative, aimed at countering the online influence of groups such as Islamic State, is running alongside another pilot scheme designed to make counter-radicalisation videos easier to find

The schemes were mentioned by Anthony House, senior manager for public policy and communications at Google, who was appearing alongside counterparts from Twitter and Facebook at a home affairs select committee hearing on countering extremism. “We should get the bad stuff down, but it’s also extremely important that people are able to find good information, that when people are feeling isolated, that when they go online, they find a community of hope, not a community of harm,” he said. END_OF_DOCUMENT_TOKEN_TO_BE_REPLACED

NEW YORK — In the wake of the Paris terror attacks, more than 4 million people marked themselves as “Safe” 24 hours after Facebook activated its rarely-used Safety Check tool. But Facebook was also criticized by some users who asked why the people-finder feature was deployed in this terror attack when it hadn’t been in other violent incidents. “We’re really sad for what happened in … END_OF_DOCUMENT_TOKEN_TO_BE_REPLACED

Social media platforms are the best (unwitting) honeypots. The FBI continues to prowl public posts on Twitter, Facebook, etc. for “suspicious” material. Whatever triggers the FBI’s counterterrorism spidey senses is followed shortly thereafter with subpoenas for user info. This is then followed up by DOJ press releases announcing the successful capture of another dangerous individual. An Akron, Ohio, man was arrested today on federal charges … END_OF_DOCUMENT_TOKEN_TO_BE_REPLACED